Stop being the nice guy. 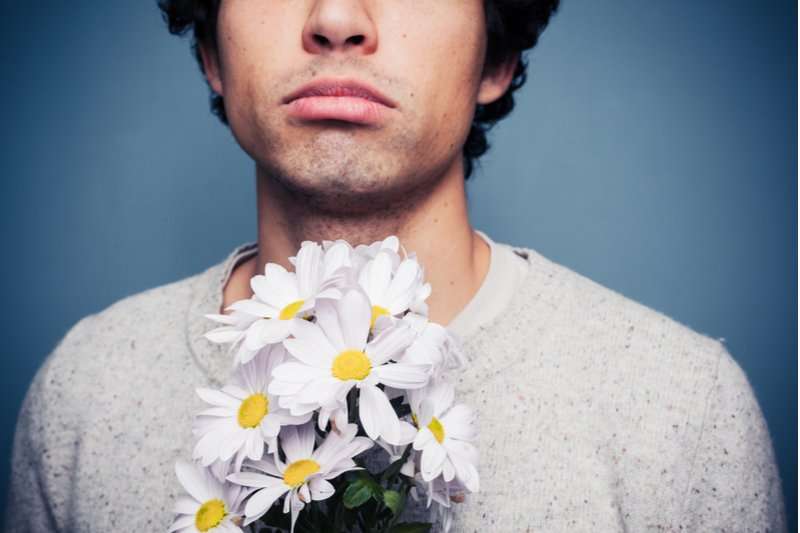 Many men wonder aloud, “Why am I always stuck in the friend zone?” They wonder why all the “other guys” get attention from women, while they’re left to flounder.

And often, they follow it up with, “And I’m the NICE guy.”

Here’s the problem: men who consider themselves the “nice guy” don’t get what they want out of life. They constantly wonder what they’re doing wrong. They often feel powerless, allow others to run their life, and more frequently than not, find themselves in the victim position.

That’s why it’s essential to clear up a few things, namely, why the term “nice guy” is misleading (and why being the nice guy isn’t so nice).

The Problem with the Term ‘Nice Guy’

As a professional sex and relationship coach, I have a problem with the term “nice guy”. Because I hope that if you’re a guy, that you’re nice. That you’re a nice person.

So instead of calling it, “the nice guy”, I have decided to instead use the term “martyr”.

After growing up from always being the martyr, you can aim to become the evolved man, “the kind man”.

Because look — women want you to be nice.

We are not trying to take kindness away from men. Instead, we are aiming to remove the manipulation and ickiness of what it truly means to be “the nice guy”.

Because what “nice guys” are doing is actually not conscious or productive. Their behaviors are not good for women.

What is a Nice Guy (Martyr)?

Because you wouldn’t have been the martyr for so long if you didn’t get some direct benefit from these behaviors.

In many ways, being the martyr is easy, because women don’t get mad at welcome mats and they don’t reject welcome mats.

The downsides of being the nice guy

It’s too easy to go from being a welcome mat to being needy and, honestly, kind of creepy.

Because if you need everyone to like you, than you’re walking around with so much need from others.

5 Ways to Stop Being the Nice Guy

So how can you stop being the nice guy/martyr/manipulative person that doesn’t stand for anything?

2. Learn how to love yourself

Treat yourself well, build your own self-worth. Give yourself what you want and take care of yourself. This means spending time on things that you’re really good at, that make you feel better about yourself and more confident.

3. Ask for what you want and say no to what you don’t want

This means that you have boundaries, healthy boundaries. This means you have your own wants and desires and your own intrinsic motivations because nice guys only exist relative to others. They don’t actually have their own wants, and desires and goals for their own lives. Nice guys are unable to express their own desires, but good men have desires that they are comfortable expressing. They have boundaries that they’re comfortable putting forward to protect themselves, to protect their own energy and their relationships.

4. Care less what people, especially women, think about you

We all have this streak inside of us where we want other people to think we’re doing it right, and we’re afraid of being judged by others. But you have to get comfortable with other people not always being happy with you 24/7. You have to learn to stand in your own power, in your own purpose and the most important thing is that you’re doing what you believe is right for your life. And you don’t need to be seeking approval from every damn girl on the internet. That’s exhausting.

5. Have integrity. Say what you mean, mean what you say.

A good man has integrity because it tells it like it is, he tells it straight and he does what’s right and true for him.

So these are the five ways to stop being the martyr, stopping the nice guy.

What if your entire relationship or your marriage is built on you being this nice guy martyr?

This is not impossible to fix, but if this sounds like you, you need to apply for coaching. All day every day, my team and I help men like you create the life and relationship of your dreams. We can help you become a powerful leader at work, and help you become an incredible, sexy, talented lover in the bedroom.

Nice guys — I’ll make one final plea to you. Trust me when I say that what you think has been working for you, has not actually been working for you. So please test this out for yourself and see how your relationships change as a result. Get clear on what you’re losing by being the nice guy, and get clear on how to become your best, most masculine self.

Join more than 450,000 fans on Caitlin’s Youtube
Watch Now ->
PrevHow she knows you’re an alpha male
NextHow to Kiss So She Wants to Go to Bed With YouNext